I've been a student of the vedic and healing arts for 28 years, dedicated to self-inquiry and mind-body-spirit integration and healing.  I feel extremely blessed to study with Indian Masters and other experts including realized Nath Yoga Masters, Vedic Scholars, Ayurvedic Doctors and Master Bodyworkers. I believe in being transparent about my studies and emphasizing that I am a lifelong student and remain humble to the vast teachings of vedic wisdom.  Moving to California from the east coast to attend massage therapy school is where my exploration began - it exposed me to a new way of being and elicited my yearning for a deeper understanding of myself and led me to explore the metaphysical arts for healing and spiritual connection.  Although I have participated in yoga certifications and teacher trainings in modern formats, I do not see those as preparing one to be a qualified teacher.  The vedic arts and sciences are comprehensive and require self-discipline and years of study and training in the philosophy and practices with tutelage under a guru and lineage.  My credentials mainly come from discipline daily practices, ongoing studies and in depth learning from authentic lineages and adepts of undiluted, sanskrit based teachings. I began teaching yoga and meditation in 2003 and have been practicing bodywork since 1996.

I am a devotee, student and initiate of His Holiness Swami Vidyadhishananda, a highly realized and ordained Himalayan Vedic monk and Sanskrit scholar, who is a Kriyāyogi and a Meditation Master from the combined heritage of Rishi Sages and Nath Yogis.  His Holiness founded the nonprofit Self Enquiry Life Fellowship (Hansavedas) in the west, which is overseen by a monastic council of ordained erudite vedic monks - to preserve and disseminate indigenous Sanskrit wisdom.  I began tutelage with His Holiness in 2012 after 12 years of study with another Himalayan Yogi.
♦

Under the guidance and transmission of His Holiness, I study a holistic curriculum of Vedic Philosophy and Himalayan Siddha Yoga with initiation into a siddha practice of advanced pranayama and surya kriya meditation practices within the Himalayan Nath Kriya System of Meditation. My studies include Sanskrit Wisdom Teachings, Yoga/Sankhya/Vedanta philosophy in the Shruti method, Ayurvedic Wellness and High Pranic living based on the soli-lunar calendar, Mindfulness, Yoga Vinyasa Krama, Himalayan Pranayama, Mantra and Vedantic & Yogic Meditation.
♦
From 2000-2012 I studied with Himalayan Master Yogiraj Siddhanath and was initiated into Kundalini Kriya Yoga, Surya Yoga, and Hamsa Yoga meditation, yogic healing practices and was authorized by Yogiraj to teach.  My introduction to Kriya Yoga was through "Autobiography of a Yogi" by Paramahansa Yogananda which ignited my yearning to learn and seek out a living guru for the teachings.  Before I met Yogiraj  I began this journey with the Self Realization Fellowship's preparatory home study lessons.
♦
I began studies within the Krishnamacharya lineage in 2000 beginning with Ashtanga Vinyasa in Sonoma County with Ann Austin and workshops with John Smith.  I attended AV classes with other teachers in the SF northbay and had the opportunity to practice with Patttabhi Jois for a few days during one of his tours in San Francisco.  I took an anatomy training with Iyengar and Ashtanga based trainer, Tias Little.  After dedicated study and establishing a discipline personal Ashtanga practice for three years - in 2003 I pursued my Ashtanga Vinyasa Teacher Training at Greenpath Yoga with Clayton Horton.  I dabbled in modern vinyasa for a phase but internally felt conflicted about it's disconnection the principles of yoga.   In 2012 I discovered the Vinyasa Krama system (firstly through the lineage of Swami Vidyadhishananda) - and was completely awed by my first experience - I felt "lit up"......it was the first practice of yogasana that felt related to my pranic meditation practices.   I was referred to the Vinyasa Krama teachings of Sri Krishnamacharya as taught by Yoga Master and Vedic Scholar, Srivatsa Ramaswami, who studied one on one with Sri Krishnamacharya for over 33 years.  I soon began studying and mentoring with Pam Johnson (yoga educator, one of Srivatsa Ramaswami's first American students) and in 2014 Pam authorized me to teach VK.  In 2015 I attended a certification program with Srivatsa Ramaswami in Core Vinyasa Krama and Yoga for the Internal Organs and have also taken online workshops with him.  Pam has mentored me for several years in precise detail of vinyasa krama and its nuances.

As the Yoga Vinyasa Krama system is also the in Himalayan tradition taught by the Hansavedas curriculum - I have learned it's connection to higher practices of the Himalayas and its subtleties.  Although the VK traditions have slight variations they maintain the same emphasis/philosophy and practice. Through my deep study of this vinyasa and pranayama system, a practice that leads to neuromuscular fitness, enhanced concentration and stillness, with heartfelt sincerity, I am dedicated to sharing this rare science to the modern yoga student.

In 2016 I attended a Trauma Informed Yoga training with Uprising Yoga that focuses on teaching to the incarcerated, at-risk youth and underserved communities.  After practicing yoga nidra for a few years and understanding it's importance in a holistic approach to yoga, especially beneficial for our stressful modern lifestyles, I attended a Yoga Nidra Certification at the SF Sivananda Center with Dr. Marc Halperin (founder of California College of Ayurveda) in 2017 to become more comfortable guiding sessions.  In my sessions I also love to use the work of Swami Satyananda, a realized yogi and leader in bringing an accessible approach to yoga nidra to the west.

​In 1996 I started my studies with Magaña, Walt and Devi Baptiste in yoga and dance and also explored various yogic practices and texts.  Magaña was one of my dear mentors, transmitting the spiritual dimensions of yoga and dance.  The San Francisco Baptiste Center was truly a magical haven on my spiritual journey.  I was a member of Magaña's San Francisco Royal Acadamy of Belly Dance Troupe and received certification in the Baptiste Method of Yoga & Magaña Baptiste Method of Danse Orientale in 1998.

My first spiritual teacher was Sai Baba, immersing into Bhakti Yoga, Bhajans, Namasmarana, Seva, and study at San Francisco and other bay area Sai Baba Centers.  I traveled to India in 1998 and resided in his ashrams in Puttaparthi and Whitefield for 2 months. I practiced Ayurvedic Yoga with Dr. Rao's Yoga and Ayurvedic Center while in Puttaparthi. I also stayed at the Anand Ashram in Kerala practicing Nama, Dhyana Sadhana under the guidance of Swami Satchidananda and a spent little time travelling.  The trip was such an amazing experience - hard to put into words - the whole experience felt like Divine Providence.   India feels like home and my future plans are to spend a significant time there for holy pilgrimage and study.

Ayurveda has been alongside my yoga studies and I had the opportunity to work as a back office assistant to Dr. Helen Thomas (Ayurveda, NAET, Chiropractic) in 2004-2005, soaking up Dr. Helen's knowledge of Ayurveda and working hands on with herbs - including small batches of handmade herbs from India.  Dr. Helen trained me in Shirodhara and I received my Shirodhara Certification with Dr. Narendra Pendse in 2004.  ​​I'm certified in an in-depth marma therapy program through the Marma Institute of Ayurvedic Acupressure with Anisha Durve.  I am pursuing an Ayurvedic Certification program through the American Institute of Vedic Studies (Dr. David Frawley) and ongoing continuing studies.  Ayurvedic wellness - high pranic living is also part of my studies with Hansavedas.
♦
My bodywork education began at Alive and Well Institute of Conscious Bodywork in 1995 and I've received additional training at Lifestream Massage School, World School of Massage and Thai Healing Massage Academy.   I studied wellness coaching through Wellcoaches and received my Reiki Master training with Suzanne Louise.
♦
My teaching approach is grounded in the directive that "yoga is a superscience - it shouldn't be practiced casually".  I am dedicated to traditional teachings, self study, upholding the integrity of yoga and lifelong studies in consciousness and healing.  Knowing the importance of maintaining a personal daily yogic/ayurvedic regimen, my goal is to guide, give the tools needed and empower students to build sustainable home practices of yoga and wellness.  Students who are looking for something authentic and deeper than a workout or a new trend, and ready to commit to a regular practice, will resonate with my traditional approach.  Having been trained extensively with Himalayan yoga adepts in ancient esoteric disciplines using the breath as the guide for transformation and self empowerment, I am devoted to emphasizing the importance and power of the breath.  My sensitivity, deep training and decades of practice, guide me to supporting students into a deeper understanding of healthy lifestyles and a holistic approach to well-being.​​
♦
My bodywork sessions are nurturing, intuitive, detailed, catered to the individual and influenced by several decades of practice.  I also advise clients on lifestyle and self-care practices to address their stress, tension and discomforts.

I am an advocate for decolonizing yoga and wellness and sensitive to cultural appropriation and the exploitation of indigenous traditions.  As a teacher and practitioner, I bring awareness to these issues and continue to examine my own actions.  I am humbled to be able to share the gifts I have been given and strive to spread authentic practices without dilution through commercialism.

I am an advocate for decolonizing yoga and wellness.

Yogic mind-body wellness and fitness as a lifestyle, and the higher pursuits of yoga began thousands of years ago, and the secrets were tightly held by the masters of the Nath Sampradaya.

Vedic knowledge and lifestyle integration is the oldest living wisdom tradition that guides us how to live in harmony with the rhythms of nature and through self discovery reach our highest potential.

A Deep Bow to the unbroken lineages that have kept Sanskrit tradition alive. 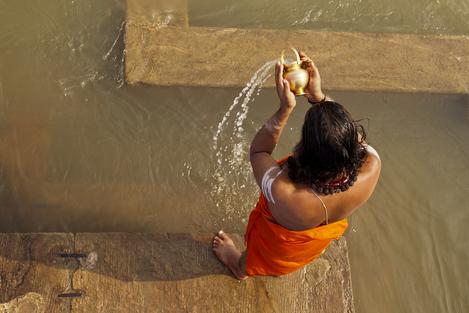 ​​​​​​​​​​​​Kara is one of the most steadfast and passionate teachers of authentic traditions of Yoga I know.

When the popularity of yoga in the modern world, turned yoga into a mere consumer product, that reduced it to physical practices seemingly removed from its roots, context and meaning, Kara stood up and vowed to stand by the most relevant and inner dimensional teachings of authentic Yoga.

​She had years of practice and teaching of the more physical forms of yogasana, which slowly dissolved when she encountered the expansive, contemplative, and, carefully choreographed Vinyasakrama teachings of S T Krishnamacharya, here she found her passion and became devoted to this far-reaching and systematic Nata practice that strengthens and inspires pranayama while including the applications of movement, mudra, and bandha.

Studying with Kara you will get detailed, unyielding and trustworthy instruction of all things Yoga, it will change your life.

Founder/Artistic Director Breath the Pulse of the Universe 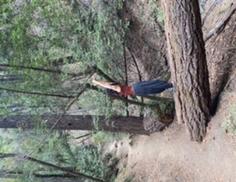 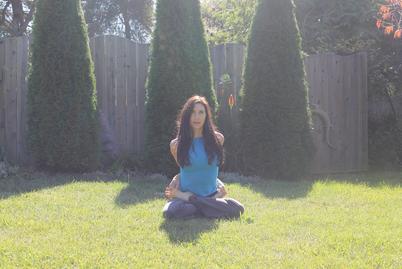 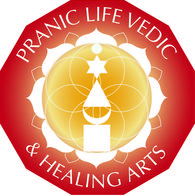